I guess there are two basic approaches:

I’ve known couples that were engaged for years and others who were married before the tears of engagement joy were dry.

If you’re in the first group, you’ll be thinking about invitations or perhaps those ‘Save the Date’ cards… That’s what had me taking in a little sun and snow over the weekend. J & C are planning their wedding – for the fall of 2020 . I’ll be photographing the big day next September.

I actually don’t know if news of their engagement is fresh off the presses, or if they’ve been keeping quiet for a while. I do know they’re basically high school sweet hearts who’ve been together a while and are well on the path of their life together.

BUT there will be a wedding and they’re sending out ‘Save the Date’ announcements ahead of invites – I believe.

The only real criteria for these photos was “snow” and as a photographer in the Catskills, I know where to find it – even when it’s been cold but not snowing… I mentioned possible locations in Hunter and Windham – think about it… Yup, this time of year a little snow could be found at Windham Mountain Resort or Hunter Mountain – even if there’d been no recent storms. Still – we settled on a time and considered a few locations – I’d emailed the bride-to-be a link to my gallery pages http://www.jonathanment.com/Nature 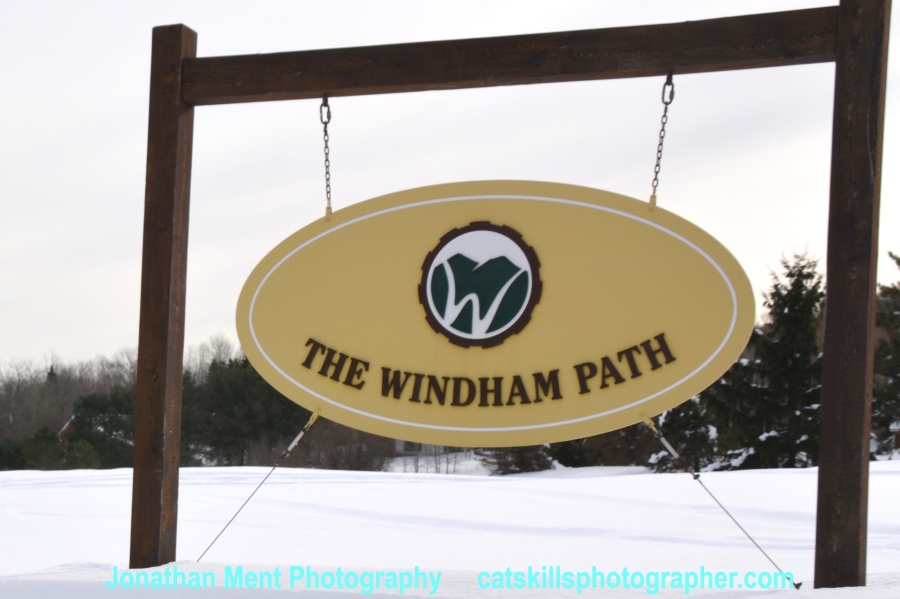 There was a lot of snow recently, a lot of snow – still we braved it, trekking along the path to a covered bridge and mountain vistas near enough to reach along paths of trampled snow but far enough from the main roads to be largely undisturbed.

He said there were only about 10 photographs of him in existence. I suggested that was about to change. She thanked him for playing along. These two are in love and I hope the photos captured it.

Getting married? Planning a wedding? Planning to propose? I’ve photographed all of these momentous events in the Catskills, in Albany – all over the Capitol region, Catskills and beyond.

I love spending time with just the couple –  as with this proposal last December – that the hotel staff sort of derailed – though I assure you nobody minded. There was the Albany elopement or micro wedding that same weekend with something borrowed and something blue and yours truly on standby as the possible witness. I particularly like getting to know the couple a little bit ahead of the wedding so we’re not complete strangers on the big day.

What have you got in mind for your wedding photography, engagement photos or save-the-date cards? Let’s talk. If it’s snow you’re after, we’ve got that – I think we’ll have that even after two days of rain and temps in the 40s due this week. If not, I know a few spots…

Thanks for taking a look. You can also find, follow & like Jonathan Ment Photography on Facebook & at www.catskillsphotographer.com and check out the broad-topic’d “Observational Ramblings” of the Ment Media Group’s “Business Blog.”

One thought on “Save the Date”