The text came in “Wedding emergency” with a name and out of state number. I offered a non-committal reply and, skeptically turned to Google to check the area code. Then the phone rang. (Photographers with contact information online are routinely plagued by phony inquiries – which are thinly veiled money laundering scams.)

Turns out the out-of-state cell # and caller were totally legit – and local.

Newly married, his wife of two months was beside herself. She was in tears. He had to find a way to turn things around.

Their photographer (a recruited friend with a knack …) had gone AWOL. That’s absent without leave, folks — as in … no pictures.

He had fewer than a dozen shots taken on his cell phone by a family member, or harvested from Facebook. There was a short, rather rough wedding video of the vows and exchange of rings. Add to the mix a few selfies and shots from the honeymoon.

Could I produce an album and arrange some prints?

About 72 hours later I had an album proof and a gallery of photos larger than the selection he’d collected. I was able to lift and polish several key moments from that cell phone video.

And sure, Photoshop had played a role – not adding anything to photos that wasn’t already there, but removing arms of people we wished weren’t. 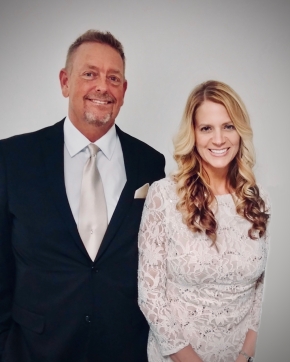 About 72 hours after that, incredibly, we were flipping through the pages of the beautiful lay-flat hardbound album and 8x10s he would surprise his wife with over the weekend.

I say incredibly, because the vendor that printed the book turned it around several days faster than expected – even with the rush up-charge I contributed to the cause.

Jonathan Ment Photography (that’s me, folks) also built a slide show and added all the video components together for a DVD (old school, sure – but requested) and complimenting CDROM (Yup!) I think all the bases were covered.

Best of all, just received word that we’ve turned that bride’s frown upside down.

Clearly I feel great about what I was able to bring to the table. Glad to have made a difference.

Thanks for reading. You can also find and follow/like Jonathan Ment Photography on Facebook & at www.catskillsphotographer.com and check out the broad-topic’d Ment Media Group “Business Blog.”

On a personal note, this is my first blog since the passing of a very dear friend and fellow writer Arthur C. Klein. Art was an avid student of the world around him, and a regular reader of this and my business blog. A light has gone out in the universe… In his honor, and in the spirit of his nearly-limitless generosity I’ll try to write and share more. I hope you’ll come along for the ride.

Most sincerely, Jonathan Ment – the magician (and photographer).