We recently dropped a buddy off at a commuter train station – and a week later picked him up at another, neither locale was one I’d made the time to photograph.

For the drop off, I’d planned to shoot around the Poughkeepsie Train Station. I’ve caught MetroNorth there a number of times. It’s a nice old station, recently remodeled and built up on the outside – but I’m sure, I hope, there’s still something to see on the inside.

Due to the late hour, and my personal exhaustion, I basically forgot. Yikes! Sad but true.

The pickup, late morning, was chance number two in Hudson, NY where I’d caught a few trains but was without recollection concerning the interior – and I was awake, alert and almost enthusiastic. My pal had been away from home over a week, and I didn’t want to delay him too long – but we creative types stick together and he didn’t mind.

And then, alas, I wasn’t feeling it. I didn’t even take the cap off the lens.

We drove around the neighborhood for a few minutes, and I did find some curiosities to capture 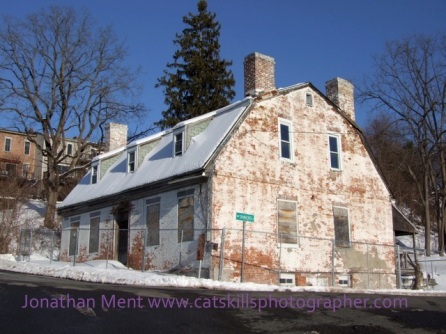 Then we doubled back.

While my intentions may be good, and  Hudson Station (I’ve since learned) is the oldest continuously operated station in New York State, I felt like there was simply nothing to see. The interior has been cut up like a grand old movie theater that’s been converted into a plasterboard triplex. The functionality of the modern age eclipsing the century-plus old charm of the place.

I worked the exterior, for a few minutes and took this shot inside as I considered the possibility of returning on a warmer day for some outside work.

I also found this across the road – something to do with freight, I suppose. I love it in any case. 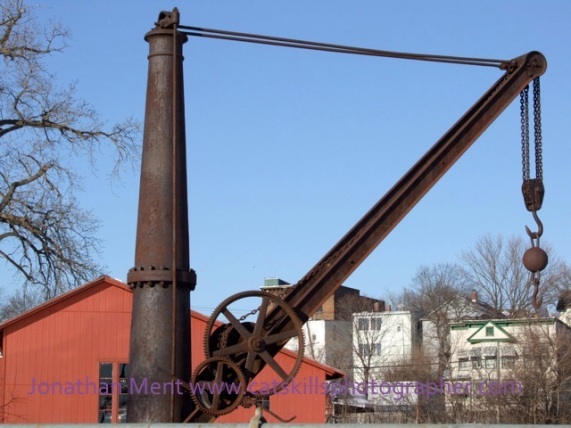 Here’s my consolation, some weeks back I mentioned books of photographs of old New York (City) as my inspiration – photos of Grand Central Station, specifically. So, I got to thinking about a more successful outing.

Just about four years ago I dropped a pin on the map looking for a new place to explore. Somehow I’d never been to Utica, NY and it was within easy reach.

All I knew of the place was that a former editor lived nearby, Sarah Taft, who oversaw my writing and photography for publication in the Catskill Mountain Region Guide.

I dropped Sarah a line asking – what should I see or do in Utica? Suggestions were four-fold: Black and White cookies, Utica Greens, the Munson Williams Arts Institute and the Union Station – technically The Boehiert Transportation Center at Union Station, another Amtrak station.

I’ve used a two images from that Union Station visit many times in the past four years, but I’ve never shared even a small group for photography’s sake until now. With no new package of train station pictures to pour over, I enjoyed revisiting the series from 2013. 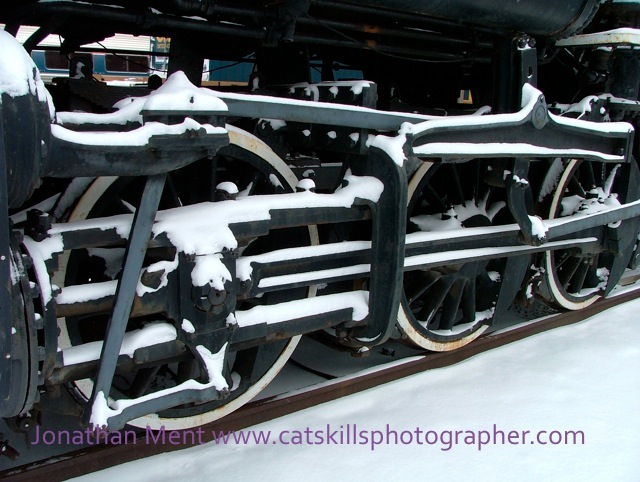 These fantastic benches are of course – inside, along with the columns and water fountain. 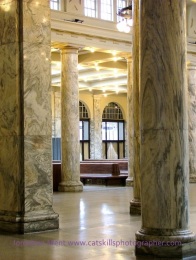 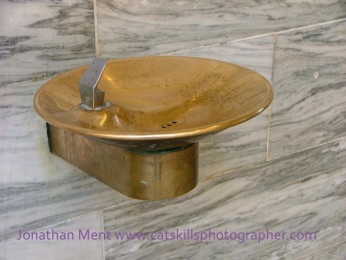 I played a bit with long exposures, having my Jen provide the motion as a ghostly presence from the past – when they apparently dressed a lot like she does today. I’d like to do this sort of shot with period costumes, perhaps covering multiple decades – but who’s got the budget for a well-dressed cast of characters? 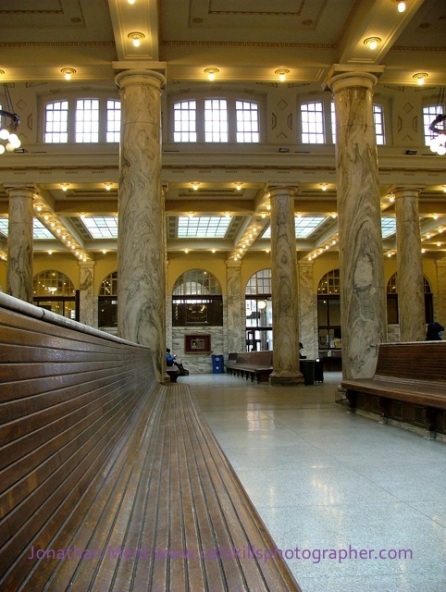 There’s a story surrounding Alfred Hitchcock’s shooting at the United Nations for North by Northwest – apparently it was done surreptitiously. Looking back at these photos, I feel they were done the same way. We had the place to ourselves, but limited equipment and time.

I really must go back and do it up, so to speak.

Thanks for taking a look.