You know that scene in the movie where the character that doesn’t usually have a weapon picks one up but hesitates? Instead of following through, pulling the trigger and saving the day, they wind up losing the gun to a villain.

This isn’t about that, per se. Except than in photography delay is also sometimes the enemy.

Sure one who waits for the shot often gets it. This is particularly true in wildlife photography, where you’re at the whim of the wildebeest. It’s also relevant to sunsets, clouds, weather, atmospheric lighting effects and more.

I’ve heard landscape photographers say they return to the same spot year after year trying to capture a particular image – like a raging waterfall.

Sometimes they do. Sometimes it never comes.

During weddings I often also watch and wait for perfect natural moments, because the couples that hire me like my candid style. A posted portrait can be beautiful, but a whole album of setups can start to look stiff or ridiculous.

You can’t stage (or recreate) every scenario to look natural or spontaneous, that’s why commercial photography work can involve a daylong session to produce just a single image or two. Let’s not even start on food photography, and the glycerin used to suggest lusciousness.

Trust me, I’ve been there and love these challenges, but you can’t photograph a wedding or family reunion that way.

Sometimes, you’ve got to take the shot.

Case in point: For years I drove past this cute replica of the Partridge Family bus in a nearby town. While there wasn’t necessarily a fire in my belly to do so, I always thought ‘I should take a picture of that.’ Then one day it was gone. 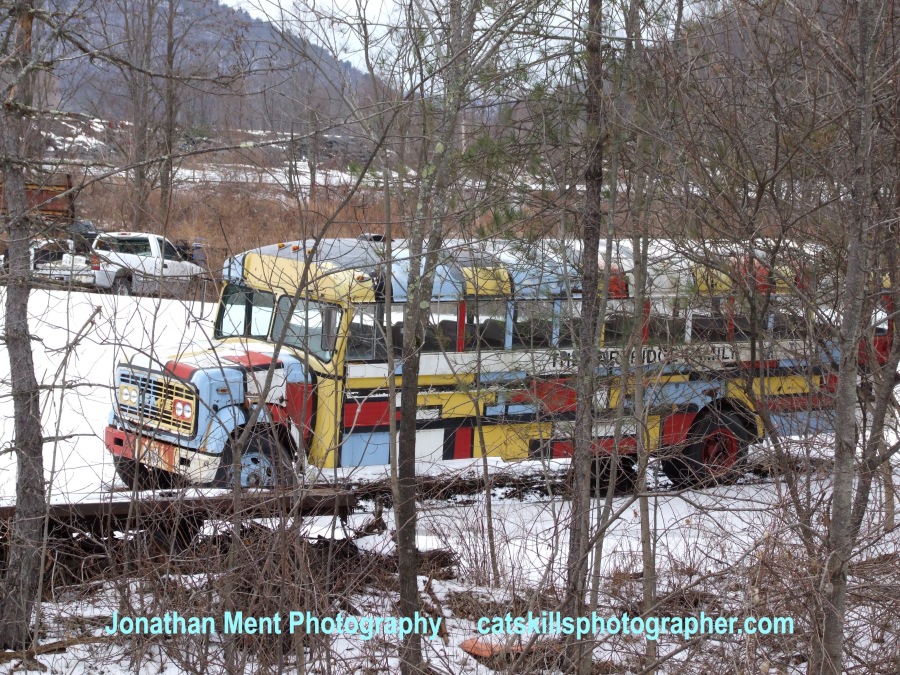 After sitting parked safely in a long driveway for at least a decade or two it vanished. I spotted it a few weeks later at a nearby salvage yard. I guess the novelty wore off for the owners. I suppose from here it will either be sold to some ambitious soul that will keep it around for a few more raccoons to live in or CRUSHED! Opportunity lost.

This isn’t the picture I’d intended, but it is a bird in the hand as well as the bush so speak.

“Partridge Family?” you say now, shrugging your shoulders after reading all of this. “C’mon get happy!” I say, “Google it.”

But for all the lost opportunities, I’m particularly glad that I made the effort to get this shot.

It’s the former sign above a former Beech-Nut facility in Canajoharie, NY. The company is known to many for baby food, chewing gum and other foodstuffs. I knew the gum as a child.

I’d only driven past this one a small handful of times before I explained to the missus – “I’ve got to stop and find a decent vantage point to photograph that.”

We did, and explored a little bit of Canajoharie in the process. It’s a neat old town.

This shot was taken from an embankment adjacent Interstate 90. It was noisy, awkward and just a little nerve-wracking (No, I parked at an adjacent park, not on the side of the highway!)

The next time I drove by the warehouse, only the scaffolding remained. The big beautiful weathered red letters that made up the Beech-Nut sign were gone. That opportunity was gone.

I’m reminded also of the History Channel show “American Pickers,” on which the buyers frequently say essentially ‘the time to buy something you’ve never seen before is when you see it.’

If it really is one of a kind, for arguments sake, you will not likely get a second chance.

Keep this story in mind when you see something in your travels you’d like to photograph.

Take the shot! You might not see it again.