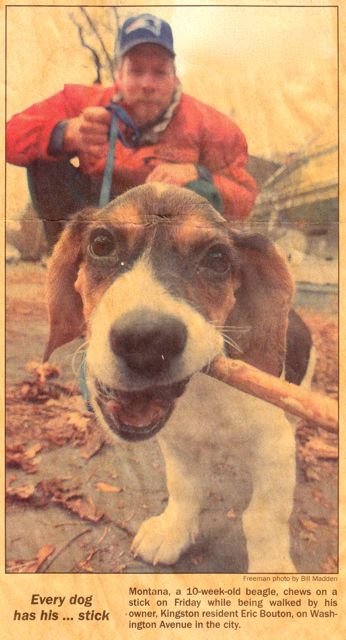 I will not say I knew Bill Madden well, though we worked together for years at the Daily Freeman. He would show up, occasionally grumbling of overwork, and take the pictures for some of the stories I was assigned to cover – or he’d show up smiling, after a nice drive in the country, to shoot the photos for a feature I’d figured out for myself a little off the beaten path.

I think I was on vacation, in the parking lot of a Krispy Kreme in North Carolina when I got the call that he’d died. He was young, mid to late 40s I suppose, 50? really not much older than I am now, I don’t think, though I believe he’d been raising kids when I was just newly married.

Over the years we both worked for the Daily Freeman, I can recall stumbling across Bill, or Billy as some staffers called him, catching his breath between assignments behind the wheel of the beat up company vehicle – parked in the shade of an uptown Kingston tree.

When you’re a photographer for a daily newspaper, you shoot everything. Varsity sports, features, murders, fires and accidents – it is not glamorous work and it doesn’t pay particularly well in Upstate, NY. But if you’ve got talent, and Bill certainly did, you bring your eye to as many subjects as possible.

I worked with a reporter at the Freeman, who in an effort to protect the sanctity of the photographer’s role, only brought back pictures of feet when sent out with the dreaded point and shoot sometimes foisted on the reporting staff. The editors stopped asking.

These days, most of the staff runs around with pocket-sized video cameras taking video and stills, most of which I can’t bear to look at. Learning to write news is hard enough, now many small newspapers want all their staffers to multitask across disciplines. Alas, much of the art is very long gone.

News of Bill’s death was shocking to say the least. Everyone battles their own health demons, and I was aware he had a few – but for the most part he was a rough and tumble, scrappy sort – clamboring down hills and through the brush with a camera in one hand. Always in jeans and hiking boots.

I loved this photo when it ran in the Daily Freeman. Loved it so much that it’s been hanging on my fridge ever since, and this morning I noticed just how yellowed it’s become. And I thought about Bill.

I remember talking to him about this stick-chewing beagle, and everytime I see the photo – every time – I remember what he said. Bill worked with this dog for several minutes to get this beautiful shot – and Bill was holding the stick, out of frame, pressing the shutter release with his other hand. Not exactly candid, and who cares?
It’s a great shot.

Bill was one of three main Photographers I remember from my eight years with the Freeman. Keith Hitlin, who may have exited before I joined the staff fulltime, took a beautiful shot for a feature I wrote about a carousel, and the resulting Page 1. Play meant a lot to me early in my newspaper career. He caught the movement of the ride behind the proprietor. If I can dig it out, I’ll shun another copyright and share it here.

Another Photographer, Bob Haines (now retired) was partly responsible for my meeting the future missus Ment. He needed her name for a caption accompanying a feature we were working on, and we joked for years that he was either to thank or to blame for the relationship. I still owe him a case of Michelob Light.

Photographers have touched my life on several levels, and as I looked at this beagle on my refrigerator door this morning – I felt like sharing. Thanks for reading.